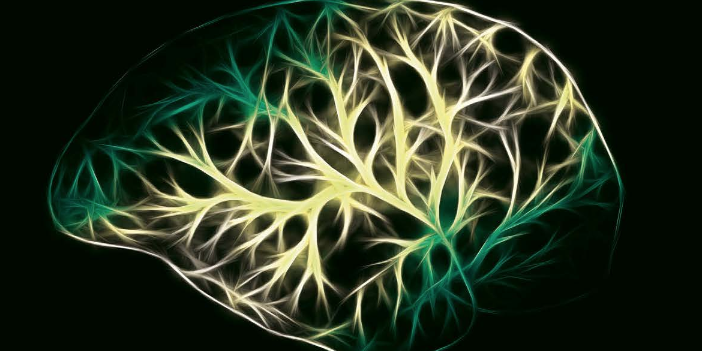 Cannabis and the brain is a hot topic. For much too long, the green, leafy plant was considered to be a catalyst for mental health problems, such as schizophrenia and psychosis.

Interestingly, science tells us otherwise. Although research is limited, it exists to an extent that an affluence of licensed doctors throughout the United States are actually now prescribing cannabis-based treatments as an aid for relieving the symptoms of anxiety, depression and – you guessed it – schizophrenia and psychosis.

A handful of U.S. surveys involving medical cannabis patients – Nunberg et al., 2011; Reinarman et al., 2011; Bonn-Miller et al., 2014; Park and Wu, 2017 – have successfully demonstrated that the most common reason for using plant-based medicines are for the treatment of psychiatric disorders like anxiety and depression, in addition to chronic pain, headaches and insomnia. Since the brain sends and receives signals that may contribute to the aforementioned ailments and conditions, cannabis could possess neuroprotective potential in the field of medicine.

Currently, there is an absence of research into the effects of using cannabinoids – cannabis’ naturally-occurring compounds – to ease the symptoms of neurological disorders. Nonetheless, since the brain is abundant with cannabinoid receptors that are triggered by plant-derived cannabinoids, the research that does exist is certainly worth some consideration.Here are a few more studies that suggest cannabis may possess neuroprotective potential:

Frequent Cannabis Use Has A Profound Effect On Cortical Dopamine Function

On August 7, 2019, a study published in the journal Addiction Biology brought hope to doctors who treat patients with psychosis, not to mention the people who live with neurological disorders. The study suggested that high-risk individuals who regularly consume cannabis, in whatever form that might be, experience a blunted response to stress-induced dopamine signaling in the brain’s prefrontal cortex.

Results of the study were surprising to many, considering the fact that previous researchers had spotted a trend between frequent cannabis use and high risks of developing schizophrenia; This medical condition occurs as a result of abnormal dopamine release/synthesis in the human brain.“Regular cannabis use has a profound effect on cortical dopamine function, in particular in relation to the stress response, which is critical for young adults at risk for psychosis,” said the study’s senior author Romina Mizrahi, MD, PhD, who works at the Toronto-based Centre for Addiction and Mental Health. “These results highlight the need for further research on the impact of cannabis on brain neurochemistry, especially in populations at risk for psychosis.

Before the world was introduced to the non-mind-altering substance CBD, cannabis was tarnished with a gateway drug image. This is primarily due to the Reefer Madness propaganda that circulated heavily in the 1930s; spurred on by cannabis prohibitionist Harry Anslinger. THC was deemed to be a dangerous substance that causes addictive-like behaviors, anxiety, paranoia and psychosis.

Although THC does produce mind-altering effects, it also possesses numerous therapeutic properties, such as antiemetic and anti-inflammatory effects.Previous research has demonstrated how high-THC, low-CBD strains of cannabis may spur on a number of psychiatric effects. Steven Laviolette, PhD – and professor at Western’s Schulich School of Medicine & Dentistry – and his research team set out on a mission to discover exactly why this occurs and how it can be prevented. Laviolette and his group of researchers conducted studies on rat models that focused on a molecule located in the brain’s hippocampus – extracellular-signal regulated kinase (ERK); ERK’s are responsible for producing THC’s neuropsychiatric effects.

“For years we have known that strains of cannabis high in THC and low in CBD were more likely to cause psychiatric side-effects,” said Laviolette. “Our findings identify for the first time the molecular mechanisms by which CBD may actually block these THC-related side-effects.”Their research was published in the Journal of Neuroscience; indicating that THC-administered rats had higher levels of activated ERK. As a result of this, the rats exerted behaviors that signalled they were experiencing anxiety. Rodents that were administered with a combination of THC and CBD, however, had normal levels of activated ERK and lower anxiety levels.

“Our findings have important implications for prescribing cannabis and long-term cannabis use. For example, for individuals more prone to cannabis-related side-effects, it is critical to limit use to strains with high CBD and low THC content,” said Laviolette. “More importantly, this discovery opens up a new molecular frontier for developing more effective and safer THC formulations.”The researchers concluded that CBD hinders THC’s ability to over-activate the ERK pathway, meaning that CBD could alleviate the damaging effects of THC.

Contrary to popular belief that cannabis may cause impairment in the brain, a study on the effects of cannabis on task-related brain activity has confirmed that medical cannabis patients exhibited altered brain activity and better executive functioning following three months of treatment.Brain activation patterns appeared healthier post treatment as opposed to pre-treatment; patients who were assessed experienced a broad scope of debilitating ailments and conditions.

The major benefits of the treatment, say the researchers, is that the plant managed to reduce opioid dependence; painkillers claim the lives of thousands of people on an annual basis. Data for the study was gleaned by using self-reported data from the Multi-Source Interference Test (MSIT). Patients also underwent functional magnetic resonance imaging (fMRI).

A study titled, “Cannabinoids in Glioblastoma Therapy: New Applications for Old Drugs” could provide hope for GBM patients who are resistant to typical tumor treatments and therapies. Approximately 2,200 cases of glioblastoma are diagnosed each year in England; 55% are malignant. One of the main problems posed by the disease is its difficulty to treat. Thankfully, CBD could help. According to the study, CBD managed to induce autophagy in patients; the cannabinoid increased production of Aml-1a in a TRPV2- and PI3K/Akt-dependent manner, which induced autophagy, say the researchers. Autophagy is a detox process that the body goes through in order to eradicate damaged cells and trigger the regeneration of new cells. An individual’s lifespan can actually be enhanced greatly if autophagy is induced.

As a direct effect of this, the chemoresistance of this type of tumor was dissolved. In vivo, CBD managed to reduce the proliferation of tumor cells. Researchers also noted how, in studies on mice with this type of tumor, CBD activated the pro-apoptotic caspase-3 and increased the survival rate among mice with this type of tumor.Clinical studies have delved into the antitumoral effects of cannabinoids, such as the combination of THC and CBD. A review by Ladin et al., 2016 concluded that the antineoplastic effects of the psychoactive compound THC was amplified when the cannabinoid was consumed with CBD.

Conclusion To sum up, cannabinoids demonstrate significant promise in resisting programmed cell death, tissue invasion, neoangiogenesis and stem cell-induced replicative immortality. However, while cannabis-derived medicines may prove useful in treating patients with neurodegenerative disorders, further research must take place to determine the pros and cons of such treatments.