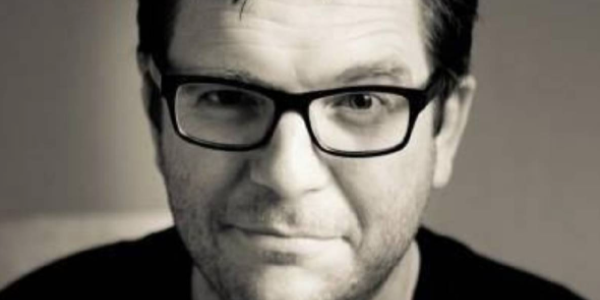 Jason Jordan is on a mission.

The WA father and media personality-turned medical cannabis advocate is now hosting public workshops aimed at breaking down the barriers to therapeutic cannabis use. And he says his reasons for supporting the cause are as personal as they get.

“MS is a bitch of a disease,” he told Australian Community Media, publisher of Mandurah Mail, this week.

“And I am a brilliant example of someone whose life has been completely changed by medical cannabis.”

Two years ago, Mr Jordan’s doctor scored him 6.5 out of 10 on the Expanded Disability Status Scale (EDSS), a rating that measures the level of disability in multiple sclerosis patients.

They gave me two options only, one was an experimental medication that had the potential side effect of a massive brain infection… or option two, medical cannabis.

“That’s about a step away from being confined to a wheelchair,” Mr Jordan said of his debilitating condition, which left him in severe pain and with movement drastically restricted.

Things changed when he opted to try medical cannabis.

“I was the first prescribed medical cannabis patient with MS in the State.

“I was hesitant – I had grown up in an anti-drug environment, it wasn’t something I’d ever done recreationally.

“They gave me two options only, one was an experimental medication that had the potential side effect of a massive brain infection… or option two, medical cannabis.”

Within a matter of weeks, Mr Jordan’s life had changed.

“Today, I don’t even need my walking stick. I am off every single other medication except one, which is needed for a symptom that the medical cannabis doesn’t help with.”

Mr Jordan said as medical professionals have become educated on the issue, patients have found access to treatment is getting easier.

“Back then, it took me three months to even get my script, the hoop jumping was incredible.

“Now we’ve come so far, depending on the supplies at the pharmacy, a patient can be prescribed and receive treatment in the same day.”

With the success of the treatment came anger, and frustration, as he realised the sheer volume of adults and children around the world unable to receive the medicine.

“I saw this report about a seven year old girl who had what’s called non-retractable, drug-resistant epilepsy. She had multiple, severe seizures every day and no way of stopping them.

“The doctors point blank refused to attempt to treat her with medical cannabis, and instead opted to operate to remove a portion of this girl’s brain.

“It is atrocious that such an extreme, permanent path was taken instead of at least attempting to help her with medical cannabis.”

Mr Jordan and the Medical Cannabis Research Australia team spent much of 2019 travelling across the country and to London and Manchester, where they spoke to scores of medical professionals.

“What was amazing about that was seeing these stuffy, typical sort of doctors with their tight ties and glasses coming in very tense and against the whole idea of medical cannabis, expecting to say ‘I told you so’.

“By the end of the meeting they’ve got their collars open, they’re smiling, they’ve heard and seen the evidence and they realise there are huge benefits to what we are talking about.”

Mr Jordan said he was looking forward to connecting with even more members of the public and medical professionals.

“Cannabis is seen as a medicine of last resort, not a medicine of first resort, which means most people are prescribed after they’ve been given oxycodone, or lyrica, or any number of other drugs.