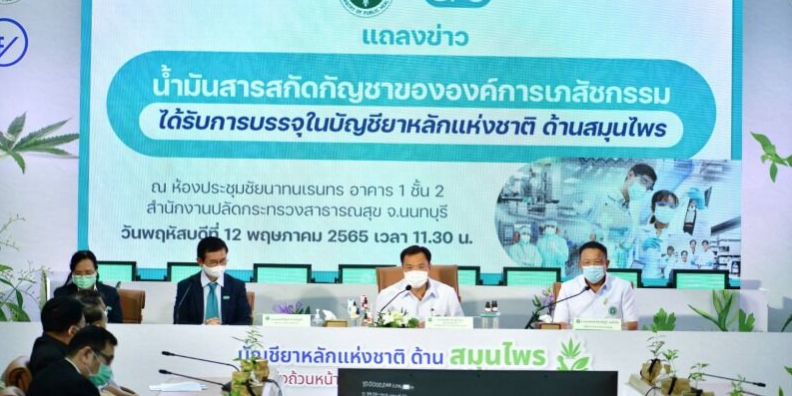 A couple of recent announcements from the Thai government concerning medical cannabis has put the country back in the spotlight.

Medical Cannabis – The most recent was an announcement late last week that Thailand’s Ministry of Public Health has added three categories of cannabis oil to the country’s National List of Essential Medicines. This means public hospitals can provide THC -dominant, CBD -dominant, and CBD: THC 1:1 products at no cost to patients.

Thailand Minister of Public Health Anutin Charnvirakul said the move will not only provide patients with more health care options, but also reduce the cost of importing high-priced drugs.

But causing the most buzz was an earlier announcement declaring the Thai government will give away one million cannabis plants to households.

Anutin Charnvirakul’s gift – announced on Facebook by the Minister last week – will kick in from June 9, which is the date Thai people will be legally permitted to grow an unlimited amount of cannabis plants in their own homes without needing special permits.

However, there appears to be quite a few catches involved with this new-found freedom. For starters, only cannabis used for medicinal purposes can be grown, and cannabis extracts containing more than 0.2 percent of the intoxicating cannabinoid THC will remain on the narcotics list. So, it seems Thai folks will be only really be allowed to grow hemp – but that can be very useful medicinally as it can contain high levels of cannabidiol (CBD).

Thailand is a big country with a significant population; many of whom live in villages. It’s going to very difficult for the government to keep tabs on what’s happening and enforce the rules fairly. Thai people could be caught out, simply as a result of not clearly understanding the regulations or having the resources to ensure their home-grown cannabis stays on the right side of the law.

Still, for all the potential issues Thailand has made a great deal of headway in a relatively short space of time on medical cannabis; particularly taking into account its previous hard-line stance that saw many wind up in prison, and worse.

It was only in December last year that low-THC cannabis was removed from Thailand’s narcotics code, which followed an announcement of an agreement between the country’s Public Health Ministry and RxLeaf World Medica concerning the establishing of an international medical cannabis research center.