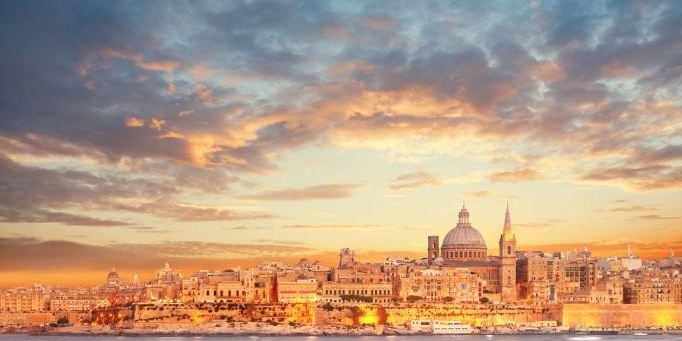 Dr Joseph Muscat, former-Prime Minister of Malta, gave the keynote address at the Medical Cannabis World Forum in November 2019, which MCN attended as a media partner.

Former-Prime Minister of Malta Dr Joseph Muscat delivered the keynote address: Our country, Malta, can make a bold claim as a leading jurisdiction when being judged as an innovative economy. We have become the first jurisdiction to legislate for distributed ledger technologies, earning the title of the ‘Blockchain Island’ worldwide; and we have also legislated in areas such as AI [Artificial Intelligence], IoT [Internet of Things] and, of course, medical cannabis.

While we have been at the forefront of these innovative areas we have also maintained and expanded more traditional bases such as pharmaceuticals, and precision engineering to keep innovating and have a first mover advantage by legislating for materials that are scarcer in data or totally unregulated.

We know that serious business wants the peace of mind that comes with regulation; serious business wants to operate in a jurisdiction which makes clear their rights and obligations. Our economic reputation speaks for itself, our growth rate is triple the average European growth rate and the second highest in the Eurozone. According to the WEF, our country is the most economically stable in the world. During this year, companies have turned profits more than ever before; and foreign direct investment has increased at a very fast rate.

The level of optimism for families and businesses, as analysed by European Commission, has also increased in a significant manner. We have taken bold decisions and fired up our economy in order to insulate it against potential shocks. Two of the most important decisions were to cut energy tariffs and to introduce universal free childcare for all working parents and for students.

These decisions have unleashed tremendous potential in terms of economic benefits and social progress, as with the entry into the labour market of thousands more women, for example: with the economy you cannot just put your foot down and be brave.

There are a series of measures that we have taken over time as part of a very concrete act; and when it comes to cannabis for medical use, we have seen this as one of the niches with great potential. I can tell you that investors – some of which are present here – are responding very positively. Since legislation on the production of cannabis for medical use was passed last year we have seen 24 statements of intent and realised capital investment of more than €141m. We are expecting those companies to start exploitation by the first quarter of 2020; and by the third year of operation we are projecting that this industry will reach a total export value of around €1bn with around 900 full time employees.

My message as prime minister of this country is that our country is interested in attracting serious business. The EU’s figures have doubled, as you already heard, where there is a more lenient approach in the choice of projects; but we chose not to go in that direction. The 50% rejection rate that Malta Enterprise is putting forward is testament in itself; and I find myself in quite an odd position of seeking to put forward the idea of a very high rejection rate as one of our USPs.

It’s actually something that should be encouraging entrepreneurs, rather than a sanction; because also in this industry we were very aware of the fact that people who apply for a licence here are as concerned about their licence as they are for the licence of who’s next in line. So they are going to invest heavily in their project, they’re investing in the reputation of the country; and they don’t want that reputation to be tarnished by anyone who would adopt lower standards than themselves.

We have a reputation for being a manufacturing base [in] many areas; and we have quite the reputation when it comes to medicine – [during the] First World War, Malta was given the title ‘Nurse of the Mediterranean’. The same place where we are right now was a hospital: it was the Sacred Infirmary [and it] was basically one of the best and one of the first hospitals in the Mediterranean…so we’re in a place where history was made in a way; and I think that we are making history in a different manner too.

The future of the medical cannabis industry

So, we all know the challenges that this industry faces. Had there not been any challenges I think other jurisdictions would have done what we’re doing now; they would have done it before and it would have been so easy. We know for sure that despite the fact that things are not easy to be done, we need to put more pressure on the various educational institutions that support such an industry. But I’m an optimist by nature and I believe that this can be done.

We view [the legalisation of] cannabis for medical use as a reform, which not only benefits our economy but also our patients here and abroad. This is the contribution that our country wants to continue making: improving life through the advancement of science.