Medical cannabis for kids is what Canadian paediatricians are grappling with 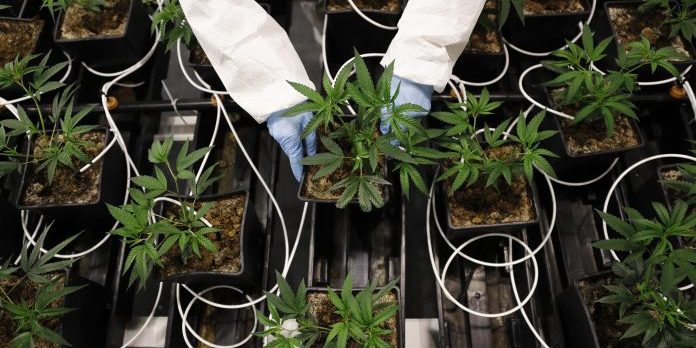 Most Canadian pediatricians are shying away from medical cannabis for patients, knowing that it can hurt the developing brain and that there isn’t much research to guide them.

But physicians say they are getting increasing requests for cannabis from parents, for a growing list of conditions.

Dr. Adam Rapoport, medical director of the pediatric palliative care team at the Hospital for Sick Children in Toronto, says, “This is mostly driven by parents, and doctors have fallen behind.”

Kelly is a pharmacologist and scientific director of the Canadian Childhood Cannabinoid Clinical Trials, a national research consortium. Her group is working quickly to develop answers to questions about cannabis for children. “The use of it has far outpaced the evidence, and that’s the biggest challenge.”

Research still lacking for many conditions

Since then, pediatricians like Dr. Daniel Flanders, director of Kindercare Pediatrics in Toronto, say that requests have grown only more frequent and the reasons for the requests more diverse.

Flanders is asked about medical cannabis at least two to three times a week for issues such as chronic pain, mental health issues, arthritis, ADHD and sleep problems.

But there are only a very few conditions for which the science is solid when it comes to using cannabis in children.

Pointing to a handful of well-executed randomized controlled trials and a recent systematic review of the literature on medical cannabis for complex pediatric seizure disorders, Dr. Evan Lewis, a pediatric neurologist in Toronto, says there is very good evidence supporting its use in certain seizure conditions, such as Lennox-Gastaut syndrome, Dravet syndrome and tuberous sclerosis.

That’s not stopping some parents and physicians from pushing the boundaries.

It’s a path worth taking in some cases, Lewis says.

Lewis is now using cannabis for other types of seizures, and also authorizes cannabis in select cases for a range of conditions such as migraines, concussions, sleep problems, autism, tics, movement disorders and behavioural problems in children with neurological conditions. It’s also being used in Canada for symptom relief in palliative care, chronic pain disorders, spasticity, incurable malignancies and ADHD.

But Lewis says that the research is not as high-quality as he would like, and for many conditions, does not exist at all.