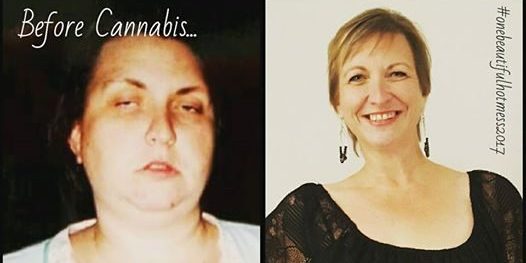 In 2006, then Oregon resident, Amy Mellen, was in a near-fatal auto accident, increasing a dependency to pain medication that began with debilitating migraines.

“I rolled my car three times,” she recalled. “My head and left arm hit the asphalt on the highway each time I rolled. After five hours in surgery I woke up in a hospital bed with a morphine pump that didn’t even touch the pain – so, I was then given Dilaudid – and that’s what began my nightmare into addiction.”

According to Drugs.com, Dilaudid (hydromorphone) is an opioid pain medicine, created for “moderate to severe pain.” A narcotic with many side effects including that it can slow or stop breathing; with misuse it is said to cause addiction, overdose and death.

“I had never used pain meds before, except for the migraines,” Mellen explained. “And I knew nothing about what they do to our bodies and brains. I went home from the hospital after two weeks with bottles of Oxycontin, Percocet, muscle relaxers, and more.”

By 2008, after 18 months on the Oxycontin, 30-year-old Mellen said she began seeing news reports of people becoming gravely addicted.

The U.S. Center for Disease Control (CDC) reports that opioids killed 63,600 people in 2016 – more than any year on record, causing the U.S. mortality rate to drop for the first time in decades.

“I thought to myself, no, that will never happen to me!” Mellen said, emphatically. “I had never done drugs, let alone been addicted to them. My doctor suggested I switch from Oxy to Methadone, and that’s when I became a legal junkie. I asked her, ‘isn’t that for heroin addicts?’ But she really had no other help for me. All she could offer was the lessor drug.”

Mellen said she was also offered Suboxone, a drug commonly used in addiction treatment centers to replace Oxycontin with some success.

“I chose not to use Suboxone because I thought, what’s the point of taking another pill that would do the same thing – and I would still be addicted?” she added. “I’ve seen tons of testimonials on the web of people just as addicted to Suboxone, and then needing higher doses.”

Replacing Pharma with a Plant

Mellen said had never tried cannabis when a friend of her husband, Todd, reported he had cut his Oxy intake in half just by smoking.

“I first smoked to see if it really worked,” Mellen said. “When it gave me relief, I asked ‘what’s next?’”

On May ninth, 2015, Amy said she took a half-grain-of-rice-sized piece of cannabis oil with a spoonful of peanut butter.

“Every two weeks I increased the dose, but I was still on the pills,” she said. “As the oil started working my blood sugars dropped.”

The Metformin, previously needed for Type 2 Diabetes, was the first prescription med to leave Mellen’s pharmacopeia, which had ballooned to 41 prescription pills and supplements a day.

“On July 31, 2015 – less than three months after starting the oil, I took my last five milligram Percocet,” she shared.

Regina Nelson, PhD, has had many experiences with patients at The eCS Therapy Center in Denver, with a stated one hundred percent of all cases reducing pharmaceutical use.

“Reports show that prescriptions for opiates and narcotics may be reduced up to 25 percent in legal states such as Colorado, but most don’t appropriately credit cannabis as being a contributing factor,” Nelson said.

Mellen said it took three months to replace the pills, with one hundred pounds shed within the first year and 205 pounds shed, all told.

According to a paper published in the U.S. National Library of Medicine’s National Institute of Health’s website (PMC 4204468), while cannabis is said to stimulate appetites in HIV/AIDS and cancer patients, in studying the general population of short and long-term cannabis users, a “lower body mass index” was found. In other words, cannabis is said to stimulate appetites where needed, while regulating metabolism in the average weight bearing person.

Mellen just celebrated her two-year anniversary of replacing pain killers with cannabis. Her doctor is currently weaning her off a low dose of anti-depressant, Wellbutrin – her last prescription medication.

“I’ve self-detoxed 27 times over the years, and it’s not a pretty sight to transition off opioids – ask my family,” she said. “In retrospect, I know it wasn’t a good thing to do without having something better to replace it with. Now, I feel confident to share my story with others, so that they can be helped. The situation with opioids in the U.S. is serious, and you can’t just tell someone to stop taking them. I would have never been able to do this without transitioning to cannabis.”

While Mellen is frustrated with the health industry today, she doesn’t blame her doctor.

“My doctor’s hands were tied,” Mellen said. “I believe our government’s denial of cannabis as medicine keeps doctors from knowing the truth. When I told my doctor I took my last Percocet, and finally explained my cannabis use, she actually started tearing up and said she wanted to run to the top of the building and shout it out to the world, but she couldn’t.”

While Amy’s physician witnessed Mellen’s transformation and went on record to say she is “fully supportive of Amy,” she hesitates to make her name public, fearing patients will reach out to her for advice, when she isn’t trained in cannabis as medicine.

“Amy is really the one who did one hundred percent of the work,” her doctor explained. “It’s super amazing that she is now speaking out and can be a role model and mentor others who are going through similar struggles.”

Sunil Kumar Aggarwal, MD, PhD, FAAPMR, is a physician based out of Seattle, with a focus on cannabis as medicine, science, and medical geography. Aggarwal said he’s not surprised about Mellen’s story in the least.

“Significant dose reductions in chronic opioid use, improvement in blood sugar control, improvement in mood, migraine prevention — all of these effects have been documented in the clinical trials and epidemiologic literature for cannabis,” he explained. “Not to mention early 20th century medical literature, wherein Sir Dr. William Osler, the father of Internal Medicine, and founder of Johns Hopkins [Hospital], was known to be of the opinion that cannabis was the most superior treatment for migraines.”

Aggarwal said if cannabis had been used in the beginning of Mellen’s treatment, many problems could have been avoided, stating, “This too, is a common refrain from patients who have discovered this treatment.”

In 2016, 47-year-old Mellen moved from Oregon to Maryland after her husband, Todd, was promoted at work. She immediately began speaking out in a very public way, becoming one of Maryland’s first registered cannabis patients in its new medical program.

“The most heartbreaking part of my story is, if I had known about the cannabis oil I’m on now years ago, I might not have had to go through so much, and put my family through so much” she lamented. “It could have saved me a world of pain, literally and figuratively.”