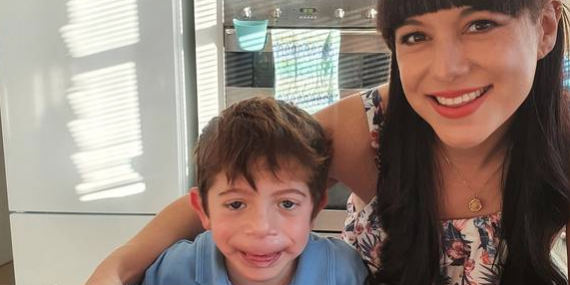 “You’re watching him go from red to white to blue and he’s still convulsing, in that moment you’re thinking anything, give me anything to make it stop.”

It had been minutes since Katy Thomas’ then 2-year-old had drawn a breath, and with his eyes wide with panic, she did something most mothers wouldn’t dream of.

She gave her toddler cannabis.

The seizures started when Edward was just two, and in the weeks that followed they snowballed into unstoppable nights of agony for the child, where Thomas said the boy was going only minutes between episodes.

“The first time I called an ambulance we went to ED because it was just so out of control, but then within 48 hours we had to call another one.”

Edward has a generalised nocturnal tonic colonic seizure disorder, which means he was having uncontrollable seizures at night, and a pre-diagnosis genetic condition, as well as a raft of other health conditions.

It was destroying our relationship because he knew the meds I was giving him just made him feel terrible. 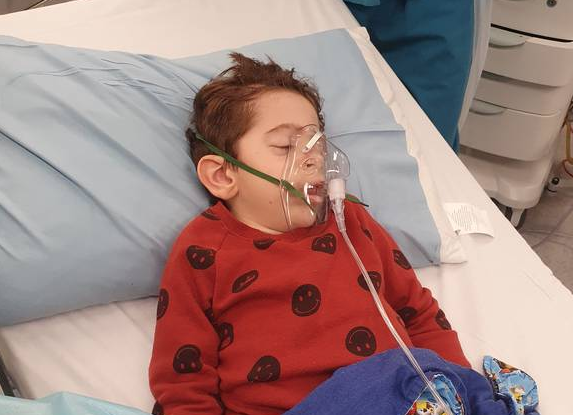 “I was like a ghost, I had no sleep ever. Every single night it was just thousands and thousands of seizures with no respite.”

While Thomas worked her way through different combinations of medicines for Edward, her anxiety around him dying from an extended seizure grew.

“That was my biggest fear because when a seizure goes from five minutes, to 10 to 15 minutes, then you’re getting the clusters that go for an hour. It starts to look like a grim reality.”

The media specialist told the Herald each drug they tried had severe side-effects, including nausea, diarrhoea, vomiting and behavioural impacts.

“It was destroying our relationship because he knew the meds I was giving him just made him feel terrible- it was a fight to get him to take them.”

Although friends had suggested CBD oil in the past, Thomas said she’d put up a barrier due to stigma surrounding cannabis.

“It took a very long time for me to come around, and I don’t think I probably ever would have had I not been desperate and had he [a friend who gave her the CBD] not been there in that moment of desperation.”

CBD (Cannabidiol) is found in cannabis and is a separate compound to THC, so has no psychoactive effect.

Since Edward started the drug, Thomas said their lives had completely changed, and he was now able to sleep through the night without convulsions.

“That’s why I’m such an ardent advocate now, because I know how hard it is to make the logical leap from thinking it’s not safe and it’s harmful, because there’s been such a culture of prohibition.” 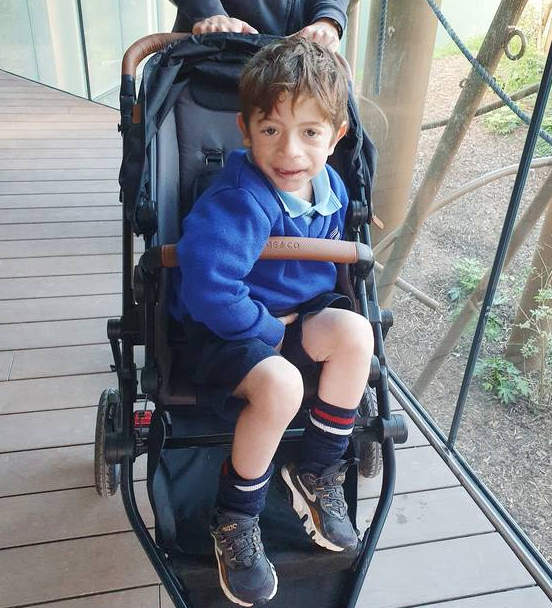 University of Otago Professor Lynette Sadleir specialises in epilepsy and prescribes CBD as a medicine to treat some of her patients.

Although some patients find the drug effective, she noted it was no silver bullet, and like all medication there can be side-effects, although CBD was one of the more tolerated ones.

“In our trial a similar number of individuals developed side-effects on pharmaceutical grade CBD as they would on other epilepsy medication.”

Sadleir was concerned about confusion between backdoor CBD oil and pharmaceutical grade CBD, which she said can have varying effects.

“When you do a prescription of those pharmaceutical-grade products, you know what is in every pill or oil, it’s manufactured to the same standard. If it’s non-pharmaceutical grade you can not know that.”

She warned that decriminalising cannabis for recreational use may not increase the likelihood of New Zealand-made pharmaceutical-grade CBD products being created or increasing its availability.

However she said there should be subsidies for pharmaceutical grade CBD products for patients.

Due to Edward’s suite of health issues, Thomas said he only responds to a certain type which has to be shipped from the UK, so she’s spending close to $20,000 a year.

“For us, spending that money, there’s no question. You can’t put a price on it, but it is a huge overhead.”

At the election voters will be asked a referendum question about whether cannabis for recreational use should be decriminalised for those aged 20+.

That legislation does not impact on medicinal CBD use, which must be prescribed by a doctor.

Under the current model, Mercier said medicinal use was technically legal, but in practice affordable CBD wasn’t easily accessible through official channels.

“Some doctors are sometimes not willing to prescribe to some patients partly because in some cases they haven’t been trained in the uses.

“It’s a really bad situation for patients at the moment, they’re really scared a lot of the time, they can’t afford to buy legal products so they’re turning to the black market.”

Overseas, when cannabis had been legalised and regulated, Mercier said patients were able to get hold of a bigger range of products at lower prices.

Three and a half years after his first seizure Edward is smiling again, he has friends and goes to school- something his mother never thought was possible.

“When you’re there you literally can’t imagine normalcy, you can’t imagine participating in society and community alongside everybody else, and that’s what CBD has given us.”