Medicinal cannabis clinic and dispensary to open in Melbourne 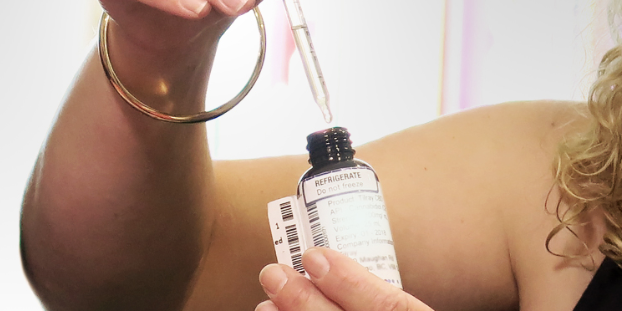 ‘This kind of set-up is potentially unethical.’

She is talking to newsGP about the establishment of Melbourne’s first stand-alone medical cannabis clinic and dispensary, the Releaf Clinic, which is due to open the doors to its retail component on 8 February.

When fully opened in April, the Releaf Clinic will feature doctors who specialise in prescribing medical cannabis, complementary medicine services, and a shop selling hemp-based products and organic honey.

It will also have a pharmacy, which the clinic has dubbed a ‘dispensary’ in line with the way such outlets are labelled in the US.

Unlike dispensaries in the US, however, this one will not carry a variety of strains of cannabis behind the counter from which people can select, as cannabis remains illegal for recreational use.

Clinic founder Gary Mackenzie said he is concerned some people will come to the Releaf Clinic hoping to access cannabis to get high.

‘There will be some patients who will get the wrong idea,’ he said.

‘But the only products people will be able to purchase, unless it’s on a prescription, will be hemp-seed-based products.’

Despite these reassurances, Dr Kotsirilos harbours reservations about the establishment of such clinics.

‘GPs are in an ideal position to offer prescription of medicinal cannabis,’ she said. ‘But it’s not a magic bullet and should be part of the holistic approach to managing the patient as a whole.

‘Medicinal cannabis is only one part of the prescription.’

Dr Kotsirilos is also troubled by the notion such clinics may ‘capitalise’ on patient demand for medicinal cannabis.

‘Unfortunately, these clinics will do well if patients can’t get their medicinal cannabis from their own GPs. They will go there on their own free will,’ she said.

Dr Kotsirilos also voiced concern about how the doctors working in such clinics will interact with a patient’s own GP, and the impact that will have on the doctor–patient relationship.

‘Will they write to them? How will the patient’s GP feel about it?’ she said. ‘There are many potential ethical issues and conflicts of interests the GPs need to be well aware of.

‘It opens a Pandora’s box of a number of ethical concerns.’

There are currently other cannabis clinics in Melbourne, including Cannadoc and MediCannabis. Unlike the Releaf Clinic, however, these are typically located within doctors’ surgeries.

Demand for medicinal cannabis is growing, and Mr Mackenzie hopes to open 500 clinics across the Asia Pacific in the next five years.

The Therapeutic Goods Administration (TGA) last month revealed it granted 25,182 applications from doctors to prescribe a patient with medicinal cannabis in 2019, which is a more than 10-fold increase on the previous year.

Of those applications, more than 10,000 approvals were granted through the regulator’s Special Access Scheme-B (SAS-B) in the final three months of 2019, compared to just 2451 in the first three months of the year.

The overwhelming majority of approvals were granted for treatment of chronic pain.

According to its updated 2019 position statement, the RACGP does not recommend medicinal cannabis broadly, and highlights the need for further high-quality research into the safety and efficacy of cannabis products, as current evidence is ‘limited and inconclusive’.

Doctors have been able to supply medicinal cannabis to patients for specific medical conditions since 2016.