Medical cannabis: Why are doctors still not prescribing it? 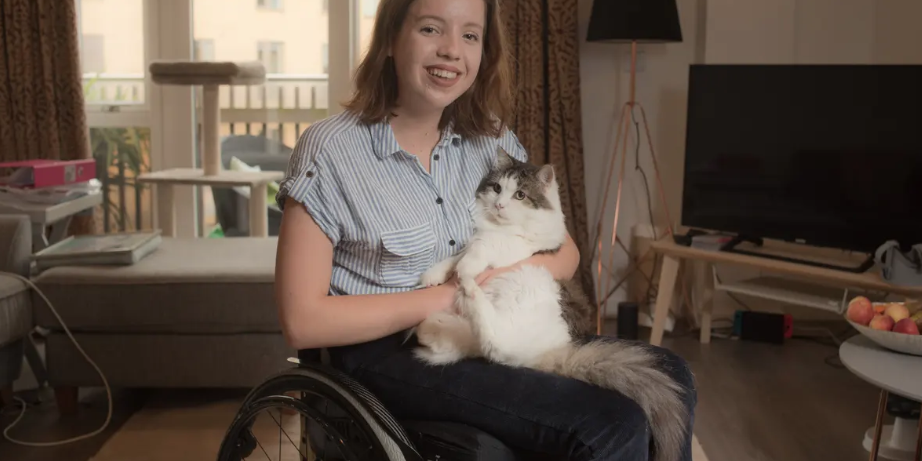 Like most teenagers, Lucy Stafford has plans. Normal plans. The plans anyone makes as they progress into adulthood. She wants to complete her degree, spend time with friends and family, and explore her independence.

But, unlike most teenagers, the 19-year-old from Cambridge has a rare and debilitating medical condition – Ehlers Danlos syndrome – that affects her connective tissue, causing her limbs to dislocate and muscles to spasm. When the Observer interviewed her last week she had dislocated her shoulder that morning, a common occurrence.

And yet she was disarmingly, joyously upbeat.

The reason? She is one of the very few people in the UK to have been issued with a private prescription for medical cannabis since the drug was legalised a year ago last Friday, something that she and her doctor claim has transformed her life.

Having suffered lengthy bouts of chronic pain since she was 10, Stafford has spent most of her teenage years on strong opiates, most recently fentanyl, the synthetic analgesic 50 times more potent than heroin.

Down the years, she has had numerous operations and treatments for lower-back pain, including steroid injections, and has been prescribed courses of the powerful painkiller tramadol, to which she became physically dependent. Her vomiting was so severe she was admitted to hospital for intravenous rehydration. She has endured multiple sepsis and urinary tract infections and for much of her life has needed a catheter. Long stays in hospital have been common.

“Coming off fentanyl was the best thing that ever happened to me,” said Stafford, who since she started taking medical cannabis has begun studying with the Open University. “This prescription saved my life.”

She talked about dislocating her shoulder as if she had stubbed her toe.

“Before cannabis I would have had to take a large amount of opiates. I would have been … crying in pain for most of it, whereas now I am able to function. Sure I need to rest and take it easy but it has made living with my condition manageable and lets me function and have a life, something I never expected to have.”

It was when attempts to surgically fix her constantly dislocating jaw failed, causing it to go into spasm for two months, that Stafford’s NHS pain-management specialist tried to prescribe her the cannabis-based medicine Sativex, normally used to treat people with multiple sclerosis.

“It was an act of desperation, they couldn’t increase my fentanyl any more,” Stafford said.

Her local NHS Trust refused to pay for the medicine, so she tried self-medicating with illegal cannabis. Worried about being arrested, she paid for a private consultation and is currently one of only about 100 people in the UK to have a private prescription for medical cannabis.

Experimenting with different strains of cannabis, oils and vapes has produced life-changing results.

When her joints dislocate, Stafford claims that vaporising cannabis reduces her pain levels from a 10 to four within minutes. And she sleeps. Properly. For the first time in years.

“Chronic pain means you don’t sleep, you can’t meet friends, be with your family, you can’t think, you don’t have your brain and then when you add in opiates you become zombified. A year ago I was a very, very different person. On my medical notes my doctor described me as having transformed. After so many years of being on opiates and in uncontrollable pain, I accepted that I was going to be in so much pain for ever. I had lost so much of myself. I had no ambition for what I would do. All I did was exist.”

She speaks with almost childish wonder at the change in her fortunes.

“I feel like I’ve become myself for the first time in my life. It’s absolutely unbelievable. I’m at university, I’m living my life, I’m seeing friends and just doing all the things that I hoped I would do. If you had told me my life would have been like this a year ago I would have laughed.”

But a huge problem looms on the horizon: Stafford’s new life is financially unsustainable. She paid £250 for a private pain consultant to write her the prescription for medical cannabis, a significant sum for a student. But this is nothing compared with the £1,500 a month she was initially paying for her various cannabis products.

Since then the price she pays for her medicines and oils has come down to £800 a month but it is still a huge amount to find.

She is outraged at having to pay so much money for something that she believes should be provided on the NHS.

“The law changed a year ago and you would expect some patients would by now have access [to medicinal cannabis on the NHS] but literally nobody has, unless they are willing to go into debt for it. It’s disgusting.”

When the law was changed 12 months ago, scientists, researchers and campaigners hailed it as a “landmark victory”. The then home secretary, Sajid Javid, said: “We have now delivered on our promises … we will work with the NHS to help support specialists in making the right prescribing decisions.”

But, in Stafford’s summation: “Our hopes have been dashed, nothing has happened.”

Department of Health figures confirm that in the first eight months since medical cannabis was legalised, just 12 prescriptions were issued for unlicensed cannabis medicines –those other than Sativex, or Nabilone, which is given to patients undergoing chemotherapy, both of which have been subject to randomised control trials.

“The people who benefit the most from the new regulations are those who can afford private healthcare,” said Alexandra Curley, head of insights at Prohibition Partners, a consultancy set up to “advance the global cannabis industry”. “Restrictions and lack of availability is creating a two-tier system of access for patients.”

The alternative is to buy illicit cannabis. A cottage industry has sprung up among growers producing not-for-profit medicine-grade cannabis to help treat themselves and others with health problems.

“Severely disabled patients who rely on their medical cannabis live in daily fear of arrest for growing their own medicine,” said Baroness Meacher, chair of the all-party parliamentary group for drug policy reform. “Is it right for patients to be criminalised for looking after their health and saving the NHS huge sums? Future generations will look back in disbelief at our callousness.”

The claim that medical cannabis will save the NHS a fortune is beguiling. Stafford estimates she was costing the NHS £150 a day on specialist nutrition, £1,000 a month on medication, £188 a month on catheters, and this is before hospital admissions and nursing costs are factored in.

But most NHS doctors are still reluctant to write prescriptions for medical cannabis. Many are wary of the hyperbolic claims being made for it.

“The law was changed but there’s been no education, no trials,” Stafford said. “Doctors have been taught for decades that cannabis is a dangerous recreational drug. There’s been no effort to try to increase understanding of medical cannabis – it’s been completely lost.”

In August the National Institute for Health and Care Excellence (Nice) published an interim review that said medical cannabis should not be prescribed for a range of conditions including chronic pain.