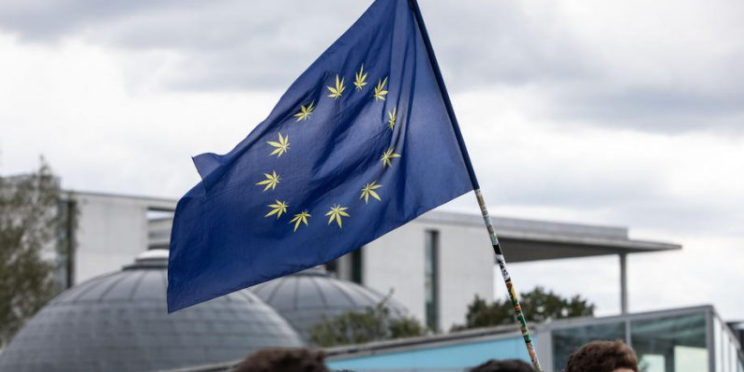 There is no European plan to address in the short-term the regulatory barriers for the use of cannabis for medicinal purposes, the Council presidency of the EU and the European Commission have confirmed to EURACTIV.

Contacted by this website, a diplomatic source said that although therapeutical cannabis is certainly an important topic, at the moment no work is planned on this dossier during the German EU presidency, which runs until the end of the year.

Expectations to address medicinal cannabis at the EU level were high before the start of Berlin’s presidency, as Germany is currently the most-advanced European market for hemp products for therapeutic purposes.

After having passed a reform of the country’s drugs law in 2017, Germany paved the way for other EU countries to develop policies for granting patients easier access to medical marijuana.

The Czech Republic, Italy, Malta, the Netherlands and the United Kingdom are among the other member states which have established a specific access scheme for cannabis preparations for the treatment of a narrow range of medical conditions.

Before the law was changed, only 1,000 patients were prescribed with medical cannabis. In 2018, after the law was passed, doctors issued approximately 142,000 prescriptions for therapeutical marijuana only.

In 2017, the German government also created a new body within the German Medicines Agency (BfArM) tasked with regulating the nascent domestic industry and issuing licenses for the import of medical cannabis.

According to the main stakeholders in the field, the German model has been considered a reference for high-quality standards at the EU level and best practices in terms of removing barriers on the free circulation of medical cannabis products.

For these reasons, the German presidency appeared as an opportunity to launch a debate on an EU-wide framework on medical marijuana, also considering that health issues were listed among the top priorities for the semester.

However, the German government expectedly decided to focus more on COVID-19 and on the creation of a European Health Data Space.

In February 2019, the European Parliament adopted a resolution calling on the European Commission and national authorities to provide a legal definition of medical cannabis.

Speaking to EURACTIV, Maltese MEP Miriam Dalli advocated a strong EU regulatory framework on medical cannabis, citing the case of her country as a trendsetter in laying down robust rules and regulations in the medical cannabis sector.

In April 2018, Malta enacted the Production of Cannabis for Medicinal and Research Purposes Act, which provided a regulatory framework allowing business entities to cultivate, import, process and produce cannabis intended for medical and research purposes in a controlled and supervised environment.

However, the European Commission does not plan to launch a legislative initiative on medicinal cannabis, an EU source informed EURACTIV. The Commission considers that cannabis-based medicines must be treated according to the same regulatory framework as any other medicinal product, the source said.

Therefore, it should be authorised only after an extensive assessment of data supporting the quality, efficacy and safety of the product, the source concluded.

Medical cannabis in the EU

Some cannabis-based medical products are already authorised in the EU. Medical cannabis is also available to some patients in EU countries on the basis of individual prescriptions.

In the past 20 years, there has been a surge of patient interest in using cannabinoids to treat a variety of conditions, according to the EU Monitoring Centre for Drugs and Drug Addiction (EMCDDA).

Marijuana is also used to treat glaucoma, while some patients with Parkinson’s disease experienced lessened tremors, but more clinical trials are needed in this regard.

The Herbal Committee at the European Medicines Agency (EMA) initiated some discussions on cannabis-based substances used for medicinal purposes in order to agree on a common understanding of terms and definitions.

This can help any future work of the Committee on the issue, EURACTIV has learnt.

Licensed medical products receive the EU Good Manufacturing Practice (GMP) certification, a set of standards that all drug manufacturers must comply with.

The EMA coordinates inspections to verify compliance with GMP standards regarding the quality of drugs and whether they are appropriate for their intended use.

Before hitting the market, all medical cannabis sold in Europe needs to be produced and tested under European GMP, together with Good Distribution Practices (GDP) certification for warehousing and distribution.