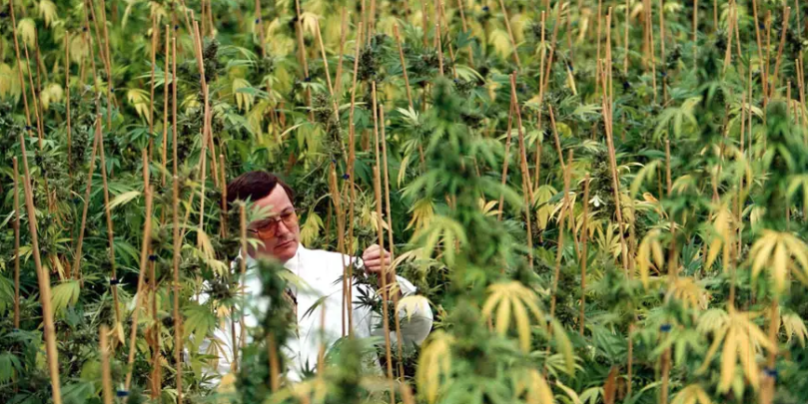 The chairman of cannabis medicines pioneer GW Pharma today said this week’s long-fought victory in getting its medicines on the NHS would have his late co-founder “smiling down on us”.

Doctors Geoffrey Guy and Brian Whittle were asked by the government in 1998 to try to create a safe medicine from cannabis to ease the intense pains caused by multiple sclerosis.Sufferers had for years been using cannabis illegally.

Guy said: “He would have absolutely loved this. Just a couple of weeks before he died I said to him we would get [US] approval for Epidyolex, and we did. But this lack of ability to get Sativex recognised in the UK and England was a source of really, really deep frustration for Brian.”

GW has licensed out the marketing of Sativex to pharmaceutical giant Bayer, but sells Epidyolex itself. GW grows and processes the cannabis in-house.

“I did take a couple of moments to think: well that was a quick 22 years,” Guy said.

He added the company has high hopes for treatments for other conditions including schizophrenia, an irony in that heavy cannabis use in under-16s has been linked to causing the condition. Guy said this was thought to be the result of exposure to the psychoactive ingredient THC, which GW Pharma removes from its medicines.

Some campaigners have been disappointed that medicines with THC have not been allowed by NICE. Guy said: “It is good anticonvulsant, but we have to be quite cautious about exposing children with perturbed brains to any THC.”

He said his “personal interest” was in cannabinoid’s (CBDs) potential help for a type of brain damage caused in babies deprived of oxygen in labour.

Guy is careful to keep GW away from the media hype surrounding the legalisation of cannabis in certain states and cities in the US and Canada. GW shares have been affected by the rise and fall in cannabis producers’s share prices, even at one stage having been included in certain cannabis ETFs, funds which pool stakes in companies or assets. Dismissing them as “vernacular preparations”, he warns about whether users are of the medicinal versions of these are getting the right quality assurance.

“I have concerns and worries about CBD. I am really concerned whether patient safety is being maintained.”

However, he acknowledged that the wider acceptance of the medicinal uses of marijuana may have helped getting approval from authorities such as NICE.