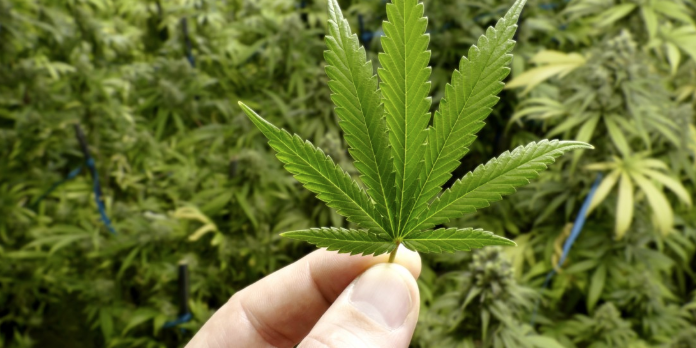 That should make the treatments available to patients in days, rather than months.

The changes will help people with conditions such as rare, serious forms of epilepsy or multiple sclerosis.

Health Secretary Matt Hancock said the move was a “tremendous step forward”, but that there was still “a long way to go” to improving access.

Most cannabis-based medicines are imported from abroad rather than made in the UK.

Previously, only the amounts required for individual prescriptions could be imported, with no bulk ordering or holding of supplies.

Medical cannabis is a broad term used by doctors to describe treatments – such as oral tablets and sprays – that have some similar ingredients to recreational cannabis, but will not get you high.

These products are made by pharmaceutical companies under the same strict control as other medications. That means you have to get them on prescription.

Some cannabis-based medicines – Epidyolex for epilepsy, Sativex for multiple sclerosis and Nabilone to help with chemotherapy-related nausea – have been approved for use by the NHS in England.

Other products that might claim to be medical cannabis, such as “CBD oil” or hemp oil, are available to buy legally as food supplements from health stores.

But there is no guarantee these are of good quality or provide any health benefits.

You should speak to your doctor before taking any new medication.

Campaigners welcomed the announcement, but said that more needed to be done to overcome “unnecessary impediments” for patients in need of treatment.

Jonathan Blades, head of campaigns and external relations at the MS Society, said a large number of patients were being forced to turn to illegal, often unsafe, forms of cannabis to treat their symptoms.

It has been more than a year since rules were relaxed to allow some cannabis-based medicines to be prescribed to UK patients by specialist doctors.

Part of the difficulty is that some of the medicines do not have a licence.

And guidelines for prescribing doctors say the treatments should only be offered when there is clear evidence of their benefit and other options have been exhausted.

Few of the unlicensed prescriptions have been made on the NHS.

Recreational use of cannabis remains illegal.

Mr Hancock said: “We need more research into the quality and safety of these medicines, and to do all we can to cut down the costs and remove barriers so that, when appropriate, patients can access it, including on the NHS.”