Coronavirus: The Tide Is Coming for Medicinal Cannabis 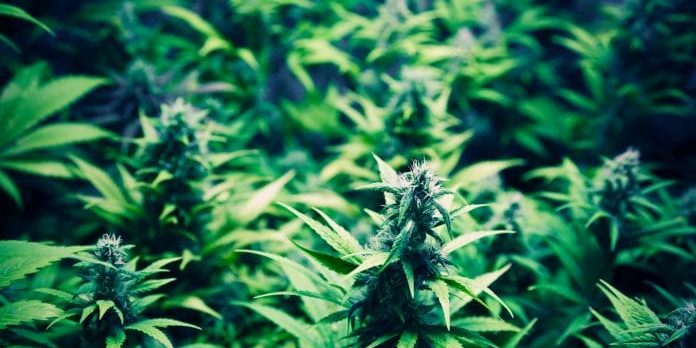 The search for a vaccine for the new coronavirus, SARS-CoV-2, or indeed a medicinal drug to cure it, has taken researchers down both traditional and less traditional avenues.

They have looked at existing drug candidates, such as remdesivir, which was original developed to treat Ebola. In Germany, the first clinical trials for a coronavirus vaccine are based on a candidate developed for cancer immunology.

There’s a study out of France that suggests nicotine — typically ingested via the often-lethal pastime of smoking — may protect people against the novel coronavirus, itself a potentially fatal lung infection.

And, now, preliminary research is emerging out of Canada that certain strains of the psychoactive drug cannabis may also increase resistance to the coronavirus. If the study, which is not yet peer reviewed, can be verified, it would appear that cannabis works in a similar way to nicotine.

“The results on COVID-19 came from our studies on arthritis, Crohn’s disease, cancer and others,” said Dr. Igor Kovalchuck, a professor of Biological Sciences at the University of Lethbridge, in an email to DW.

As with the research into nicotine’s effect on the coronavirus, it is thought that some strains of cannabis reduce the virus’ ability to enter the lungs, where it takes hold, reproduces and spreads.

In a paper on preprints.org, where scientists can publish non-peer-reviewed results, Kovalchuck and colleagues write that their specially developed strains of cannabis effectively stop the virus from entering the human body.

The study is one of many papers globally that have been shared on preprint websites, including preprints.org, in a bid to disseminate preliminary findings into potential COVID-19 treatments that have yet to undergo rigorous peer review.

The coronavirus needs a “receptor” to enter a human host. That receptor is known as an “angiotensin-converting enzyme II,” or ACE2.

ACE2 is found in lung tissue, in oral and nasal mucus, in the kidneys, testes, and gastrointestinal tracts, they write.

And the theory is that by modulating ACE2 levels in those “gateways” to the human host, it may be possible to lower our susceptibility, or vulnerability, to the virus. It could basically reduce our risk of infection.

“If there’s no ACE2 on tissues, the virus will not enter,” said Kovalchuck.

No Common or Garden Cannabis

Those more “common or garden varieties” of cannabis — or street cannabis — are known for their Tetrahydrocannabinol (THC) content. That’s the main psychoactive agent in the drug.

The Alberta-based researchers, meanwhile, have focused on strains of the plant, Cannabis sativa, that are high in an anti-inflammatory cannabinoid, cannabidiol (CBD) — one of the other main chemicals in cannabis, aside from THC.

They have developed more than 800 new Cannabis sativa variants, with high levels of CBD, and identified 13 extracts which they say modulate ACE2 levels in those humans gateways.

“Our varieties are high in CBD, or balanced CBD/THC, because you can give a higher dose and people will not be impaired due to the psychoactive properties of THC,” said Kovalchuck.

Kovalchuck also heads a company called Inplanta BioTechnology, with Dr. Darryl Hudson, who has a PHD from the University of Guelph — another Canadian institute where research is ongoing into the use of cannabinoids in medicine.

But funding for cannabinoid research is “still hard,” he said. And that’s the case in other countries, too.

Some researchers in the UK say that may be because there are misconceptions among the general public and politicians about medicinal cannabis, perhaps even a fear that people will become addicted or try to self-medicate, using just any old form of cannabis they can find.

Those researchers say themselves that it is vital to be clear about the information and to avoid sensationalism.

“Researchers have to be particularly careful when disseminating their results given the socio-political volatility of medicinal cannabis use,” said Chris Albertyn, a Research Portfolio Lead at King’s College London, and an expert on cannabinoids and dementia.

The best way to get through that, says Albertyn, is to implement open, transparent research methods.

“In this instance, the current research from Canada has just unveiled a potential therapeutic ‘mechanism of action’ but that would need to be validated and tested in well-designed, robust clinical trials before any meaningful clinical conclusions can be drawn,” he said.

The problem is that without sufficient funding and further research, there is too little knowledge about cannabinoids — whether it’s positive or negative research results — some say we just won’t know until we do the research.

“But there is ENORMOUS interest now,” said Kovalchuk in his email. And that’s his emphasis. “The tide is coming.”

While he and his co-authors say even their most effective extracts require large-scale validation, they say they may be a “safe addition” to the treatment of COVID-19. An addition, mind, alongside other treatments.

So, large-scale verification pending, medicinal cannabis could be developed into “easy-to-use preventative treatments,” such as a mouthwash or a throat gargle in both clinical and home use.