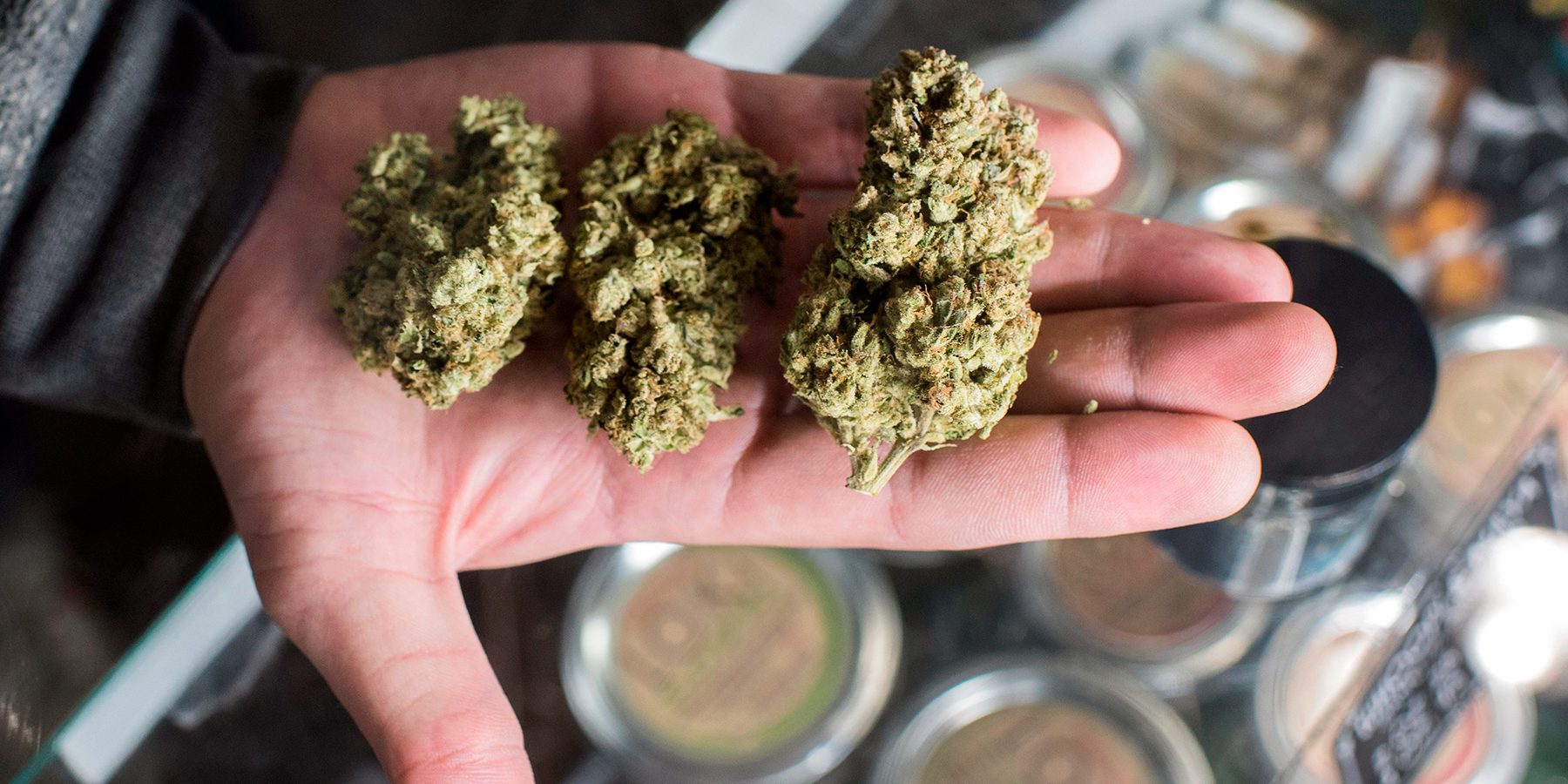 Patients have begun receiving medical cannabis through the post, as the coronavirus pandemic has left them unable to access the drug any other way.

Many medical cannabis users suffer from chronic pain and some have had other types of care, including non-emergency surgeries, postponed because of the outbreak.

“They can’t get physical interventions and their access to a support community has been inhibited,” as venues have closed and staff been redeployed, he says.

On Wednesday, the government published emergency legislation which, if activated, would allow patients to continue accessing controlled drugs for the duration of the pandemic, from local pharmacies, without a prescription.

A Home Office official said the measures would “relieve pressure on our healthcare system and encourage people to stay at home”.

But Andy Yates, a pharmacist at industry body the Centre for Medical Cannabis, said as it applied to “ongoing” NHS treatment only, it would probably exclude almost all medical cannabis users, which he described as an “oversight”.

Lara Smith has been using cannabis to manage pain from a damaged spinal cord since 2014 – in a form marketed as dronabinol, which was available as an unlicensed medicine before medical cannabis in general was legalised, in November 2018.

And she had been travelling, with express legal permission, to Holland every three months to collect her prescription.

But this became impossible as restrictions to stem the spread of coronavirus came into place.

Before taking cannabis, Lara relied on heavy opiates, including fentanyl – a synthetic opioid many times stronger than heroin – but she would never return to them.

“They took away my personality, my thinking capacity, my memory,” she says, as well as causing vomiting, confusion and mood swings.

She removed her fentanyl patch for the last time after causing a kitchen fire by leaving a cardboard box on a hob she believed she’d turned off, with her three young children nearby.

Since the lockdown, unable to travel or see her NHS consultant, Lara has resorted to using a private clinic, which held a consultation over the phone and sent her cannabis via courier – an option not previously available.

Christine (not her real name) has violent seizures associated with lupus, which she has been treating for years with increasing doses of toxic immunosuppressants. Her seizures stopped when she began taking medical cannabis at home in Australia in 2018 – a supply of which she brought over illegally when she relocated to Scotland the same year.

When medical cannabis was legalised in the UK, she thought she would be able get a prescription but was unable to on the NHS.

Many NHS doctors have been reluctant to prescribe cannabis, despite the protests of users and families.

And the National Institute for Health and Care Excellence (NICE) says there is not yet enough high quality evidence to justify the cost of cannabis-based medicines for most conditions.

Prior to the outbreak of coronavirus, Christine planned to return to Australia to stock up, but has found herself stuck in the UK and “not going anywhere,” having received a shielding letter advising her she was particularly vulnerable.

She knows if she were to contract Covid-19, she “probably wouldn’t survive being ventilated”. Fearing a disorienting seizure would make it harder for her to take proper precautions, Christine turned to another private clinic for a prescription, involving a video consultation and cannabis oil sent by courier.

“I really need my brain to work,” she says.

Cannabis Access Clinics has relaxed its rules in response to the Covid-19 outbreak, allowing online consultations, which it says have also allowed it to lower prices.

Previously, patients had to meet specialists every 28 days.

And even in normal times, this can be challenging for people who often have pain and mobility issues.

As well as existing users, Dr Samuel Murray, who works for the private clinic, says he is working with patients with chronic pain, who, having had operations cancelled due to coronavirus, are turning to medical cannabis for the first time.

The clinic works with one of the country’s biggest suppliers, Grow Pharma, which has widened its range of medicines and lowered its prices in response to the crisis.

Like dozens of people who spoke to BBC News, Christine is relieved to finally be able to access her medication legally – especially as the virus had made illegal cannabis more expensive and harder to buy.