Cannabidiol (CBD) in the Treatment of CANCER 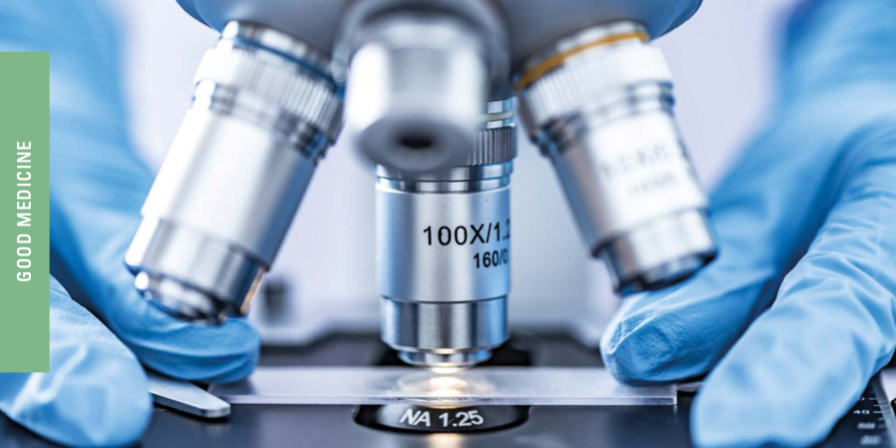 Exosomes and microvesicles (EMV) are lipid bilayer-enclosed structures, released by cells and involved in intercellular communication through transfer of proteins and genetic material. EMV release is also associated with various pathologies, including cancer, where increased EMV release is amongst other associated with chemo-resistance and active transfer of pro-oncogenic factors.

Cannabidiol (CBD), a phytocannabinoid derived from Cannabis sativa, has anti-inflammatory and anti-oxidant properties, and displays anti-proliferative activity. Here we report a novel role for CBD as a potent inhibitor of EMV release from three cancer cell lines: prostate cancer (PC3), hepatocellular carcinoma (HEPG2) and breast adenocarcinoma (MDA-MB-231). CBD significantly reduced exosome release in all three cancer cell lines, and also significantly, albeit more variably, inhibited microvesicle release. The EMV modulating effects of CBD were found to be dose dependent (1 and 5 μM) and cancer cell type specific. Moreover, we provide evidence that this may be associated with changes in mitochondrial function, including modulation of STAT3 and prohibitin expression, and that CBD can be used to sensitize cancer cells to chemotherapy. We suggest that the known anti-cancer effects of CBD may partly be due to the regulatory effects on EMV biogenesis, and thus CBD poses as a novel and safe modulator of EMV-mediated pathological events.

A new mode of action for CBD in cancer, via modulation of EMV release, is revealed here for the first time. The findings presented in this study serve as a first proof of principle for CBD-mediated inhibition and modulation of EMV biogenesis and shows cancer-type and dose specific effects. As CBD modulation of mitochondrial functions is well established,
the effects observed here on changes in EMV release, mitochondrial function and mitochondrial associated proteins, alongside sensitisation of cancer cells to cisplatin mediated apoptosis, provide a platform for further research on detailed mechanistic pathways of CBD’s mode of action on EMV biogenesis and cellular communication. Furthermore, this work opens up wide ranging research into novel therapeutic avenues in EMV-mediated pathologies.

This article was published in issue 144 Weed World Magazine

Shaping the future of the UK’s medical cannabis sector.
May 18, 2021
Go to Top
This site uses cookies: Find out more.