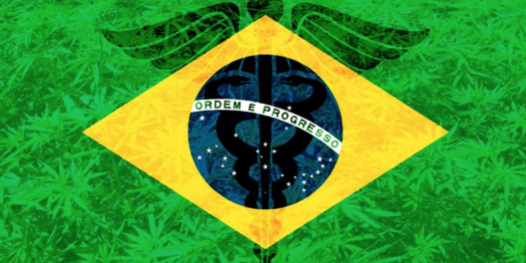 Brazilian pharmaceutical regulator Anvisa approved regulations yesterday for the roll-out of medicinal cannabis-based products. Although, in a separate vote Anvisa blocked a proposal to allow domestic medical marijuana cultivation while a judge authorized industrial hemp cultivation by a specific company.

Anvisa, the Brazilian sanitary surveillance regulatory body, approved the guidelines that allow the sale of medicinal products derived from cannabis. In these new proposals, the procedures for manufacturing and importing such products and the requirements for prescription, sale, and supervision are approved.

Brazil’s Anvisa, for all intents and purposes functions similarly to the United States’ Food and Drug Administration (FDA). Anvisa’s approval of rules to regulate the emerging medical marijuana market represents a significant shift in a right wing government.

Nonetheless, the decision to prohibit domestic cannabis plantations shows that Brazil, led by far-right President Jair Bolsonaro, is not yet willing to join peers Uruguay and Colombia and develop its own vertically integrated medical cannabis sector, according to Reuters.

A spokesman for Anvisa said that Brazilian firms interested in manufacturing cannabis-based products that choose to import cannabis substrate should import the semi-finished raw material, not the cannabis plant or parts thereof.

In October of this year, Bill No. 5295 of 2019 was presented to the Brazilian Senate to address the issues of medical cannabis and industrial hemp inside the country.

Since 2015, Anvisa has allowed medical prescriptions of cannabis-based products. The regulation defines two types of prescriptions: prescription A for compounds of more than 0.2% THC which is stipulated only for terminal patients. Prescription B encapsulates all products with less than 0.2% THC.

Companies such as HEMPMEDS Brazil currently offers 18 products while Formula Swiss offers eight products. Such products can be compared on the platform, Dr. Cannabis.

These products cost between $55 and $332, while the national average minimum wage in Brazil is around $250 per month as of 2018, according to Country Economy.

Under the previous system for obtaining medical marijuna, patients in Brazil needed to file a form with Anvisa, and later obtain a doctor’s prescription to ask for government authorization to import cannabis-based medicine. Some local doctors describe the lengthy, bureaucratic process costing around R$1000 or approximately $237 (as of today’s exchange rate), for the medication and import duties.

Previously, the only legal medical cannabis product available on the Brazilian market was Sativex, which is registered as Mevatyl in Brazil. Mevatyl’s price tag is R$2000, according to Globo, which is approximately $475.

Meanwhile, Brazil has partially decriminalized the possession of marijuana for personal use. Brazil is certainly not the first society to potentially drive cannabis consumers into the unregulated market, due to the high-to-unattainable cost of medical marijuana in the regulated market.

In a historic decision, a judge from the Federal District Brasilia authorized Terra Viva to import and grow industrial hemp seeds with a THC concentration of less than 0.3%; the company may also sell seeds, leaves, and fibers, mere hours after Anvisa’s announcement, according to Sechat.com

Sechat reports that the Federal Court of the Federal District of Brasilia authorized, early on Tuesday, that the company Schoenmaker Humako Agri-Floriculture, part of the Terra Viva group, can import and grow industrial hemp seeds with THC concentration below 0.3%. The decision is valid from 15 days onward and comes hours after Anvisa files the proposed resolution for the cultivation of the plant for medicinal purposes and research in Brazil.

According to the order of Judge Renato Coelho Borelli, of the 9th Federal Civil Court of SJDF, the company “may still trade in seeds, leaves and fibers for purely industrial purposes (including in the form of inputs or supplies).” The inspection should be carried out by the Ministry of Agriculture and Anvisa.

“I also determine that the Ministry of Agriculture provides for the inclusion of industrial hemp or hemp on the National Cultivar Register list,” the magistrate decided.

In its request, Terra Viva sought authorization to import and then cultivate hemp seeds, as well as to release trade in its fiber, leaf and seed, in natural or after processing for oil extraction in Brazil and also for export to production of medicines, herbal medicines and food supplements.

Judge Borelli reasoned that “industrial hemp is not confused with marijuana, has no ability to generate psychotropic effects, is intended exclusively for medicinal and industrial use, and is commonly cultivated for fiber production in several countries.”

Additionally, the Company argued that industrial hemp fiber could be used in the production of various products, such as clothing, shoes, beauty products, cooking oil, laundry detergent, paper, paints, and insulators.

The judge’s decision recalls that on Tuesday, Anvisa approved rules for the registration of cannabis products for medicinal purposes in Brazil, and that the “measure allows companies to obtain endorsement for the manufacture of therapeutic products in the national territory.”

“It should be noted that the present action is not intended for the importation, planting or marketing of Cannabis sativa, but for industrial hemp, which is a plant of the species Cannabis ruderalis, a member of the Cannabis sativa family, also known as cannabis is a different species,” argued the magistrate.

In addition, Borelli points out that he asks “only for the authorization of importation and planting of his seeds, and subsequent sale of products for various industrial purposes.”

“Thus, in the case of Cannabis sativa, the seal contained in the ‘E’ List of Ordinance / SVS No. 344 of 12 May 1998, which expressly cites Cannabis sativa, and not Cannabis ruderallis, does not apply to the present case. Finally, I emphasize that for the planting and commercialization of industrial hemp in Brazil, its inclusion in the National Register of Cultivars – RNC, created by Law no. 10.711 / 2003, and regulated by Decree no. 5,153 / 2004,” the judge determined.