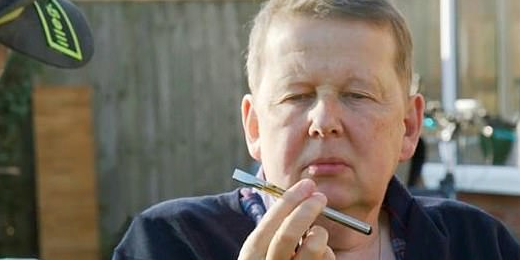 Bill Turnbull is experimenting with cannabis to try and cure his advanced prostate cancer.

The presenter has endured nine rounds of chemo since and says he’ll try anything to avoid any more.

Turnbull , 63, is filming a Channel 4 documentary which is set to highlight his quest to find new treatments for his illness.

Viewers will also see him giving up meat, going teetotal and smiling to boost feelings of positivity.

He says in the show: “I’m doing everything I can to learn how cancer can be staved off or, who knows, even cured.”

And after his experiences, he is calling on the Government to fund proper medical research on cannabis.

Bill says: “I think it is time we all had a proper conversation about the potential benefits of legalising cannabis for medicinal purposes.

“It is legal in more than 20 other countries. So if they are doing it, why aren’t we examining it more?

“This is something that’s been around for thousands of years and has been illegal for just over a hundred years.

“We could be missing something very beneficial.”

Bill was diagnosed in 2018 and has endured nine rounds of chemo. He is desperate to avoid more and says: “I refuse to believe I’m out of options.”

Bill goes to visit Jeff Ditchfield, who has been growing cannabis, processing it for medicinal purposes and giving it to people who need it for the past 15 years.

Meeting Jeff – who has been arrested more than 20 times – in his garden workshop, Bill laughs: “This may look like an episode of Breaking Bad but Jeff is no Walter White, his drugs come free.”

Before Bill tries the oil, Jeff warns him taking the concoction is an offence under the Misuse of Drugs Act, saying: “I have to ask you, are you aware that you’re going to be breaking the law?”

Rubbing the mixture under his tongue, he says it tastes “like pesto, very planty”. Bill then tries vaping the drug and is soon laughing uncontrollably and telling the camera: “This is really unfair.”

Speaking through fits of giggles, he adds: “I cannot compose a sentence, I just can’t do it.”

“I feel a little conflicted by the vagueness of it all,” he says. “Imagine you had aspirin, or some other painkiller, unlicensed.

“And you were told, ‘Well, this could be really good for you but we do not know how much you should actually take’.

“You’d be completely in the dark. And that is the issue with cannabis at the moment.”

Bill has continued with the CBD but stopped taking THC. “I could not work out what was good for me and what wasn’t. So I just thought I will give it a give it a rest for the time being, until I can get some better guidance.”