Baroness Meacher: access to medical cannabis in the UK 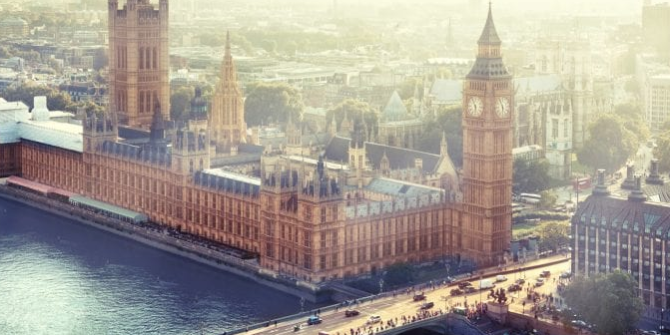 Baroness Meacher is the chair of the All-Party Parliamentary Group for Drug Policy Reform and has a long history in social work and mental healthcare within vulnerable communities.

Medical Cannabis Network speaks with Baroness Molly Meacher to discuss her support for access to medical cannabis and her campaigning on what is an increasingly contentious issue in the UK.

She is active in campaigning for widespread drug reform and regularly engages in debates on the subject of medical cannabis given her experience in helping people who were using it therapeutically.

MCN sat down with Meacher to discuss how she came to be aware of the remedial properties of the plant, cases of particular note she has been involved in, and how she is working to raise awareness and improve access to medical cannabis for British patients.

Your background in social work and mental healthcare led you to discover that cannabis has therapeutic benefits, what kind of conditions and symptoms did you find that people were often using it to treat?

When I asked patients why they were using cannabis when already suffering with a psychotic illness (I was convinced that it must surely be interacting with their pharmaceutical medication) they would reply: ‘It makes me feel human, and even if I experience more hallucinations it is well worth it because I feel alive.’

It was obvious to me that cannabis was very helpful in combating some of the negative symptoms of psychotic illness such as lack of libido, lack of feeling and lack of motivation; clearly cannabis was improving all of this. It is wonderful that people are now doing the research into the use of CBD as an antipsychotic medication. It’s very interesting.

In your opinion, to what extent is cannabis being used to address a previously unmet clinical need within vulnerable populations?

Cannabis is frankly perfect for the treatment of psychosis and its negative symptoms. The use of CBD is the priority, and that is where research is now focusing. I personally feel that perhaps certain people with psychosis could manage without many of the powerful antipsychotic medications they are being prescribed if they had access to CBD in addition to psychotherapy to help them to manage and deal with the symptoms.

If they were less anxious about the medications and responding negatively to them, then they may improve slightly anyway. I think it is a very interesting area of research.

In terms of mental illness in a broader sense, I know that people use cannabis to help them with depression and anxiety; I’m not an expert in those areas but there are so many people who find it valuable. Again, some robust research would be very helpful in those areas. In the meantime, it is my view that if patients are reporting that they feel better using medical cannabis products then NICE and the other regulatory bodies need to find ways of approving cannabis for people who are very vulnerable from depression and anxiety while better research is being done, because it clearly doesn’t appear to be doing adults any harm.

Are there any particular cases of note you can recall in which someone experienced substantial improvement or benefit as a result of using medical cannabis, or a particular incident which convinced you of its efficacy?

I have met so many people who were suffering terribly and whose lives have been completely transformed by cannabis. For example, Lara Smith comes to mind. She has major spinal conditions and was put on 34 different medications which did very little to alleviate her pain but caused unbearable side effects.

She decided to stop taking those and now exclusively uses cannabis, which alleviates her pain more effectively than anything else. I also met somebody on a television programme who suffers with Crohn’s disease; he was told he would die within six years and now 10 years on he simply takes cannabis and he’s absolutely fine.

Somebody very close to me suffers from PTSD and since using cannabis he has reported that it has helped him massively.

You have discussed how the need for research into how access to medical cannabis could reduce the burden on the NHS. What would need to happen in order for this research to be commissioned and how would it work? Do you think this is something that public and medical professionals would quickly support?

I think there would be a huge amount of support as research findings come out ever more strongly in relation to medical cannabis’ impact on all of the different conditions.

For example, Drug Science led by Professor David Nutt is going to make medical cannabis available to 20,000 people as a pilot scheme, in the course of which they will be looking at measuring the outcomes, the cost, the positive effects on symptoms, and so on. They are going to have a meeting with NICE to make sure that they will actually take the findings of this research very seriously.

I understand that NICE are also finally considering moving away from a requirement for research to be in the form of randomised controlled trials (RCTs), which of course are not helpful for cannabis in many ways. In my opinion, we simply need other forms of research. Drug Science are leading the way in this country in terms of breaking away from RCTs and using outcome measures and so on.

This, of course, has been done a lot in the USA and although NICE looked at more than 19,000 different research studies, they dismissed all but four of them because they were not RCTs. There really is enough research out there for a great deal of liberalisation in prescribing cannabis and this research is still ongoing, which is wonderful.