An Interview with Dr Anna Waldstein: A Journey through Marijuana, Medicine and Rastafari 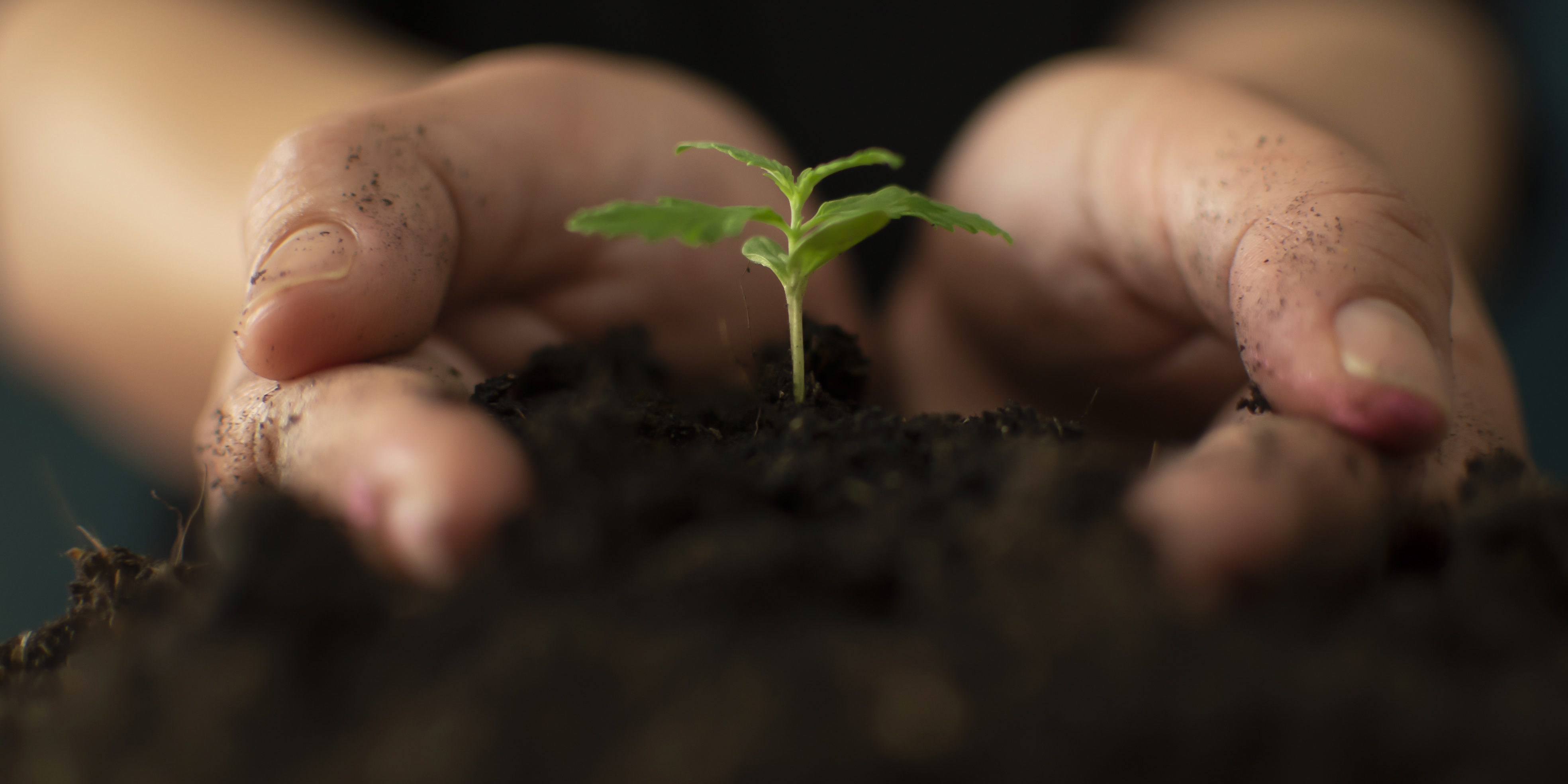 Everyone is talking about medical cannabis. In the US, more than anywhere, white men in suits have started to smell the green. With military-like strategy they are taking territory on a new economic terrain. The current route of socially acceptable cannabis sometimes appears to be the road to Babylon. So perhaps it’s a good time to a step back and connect with a different group who have used cannabis as part of their cultural practices for many years. Rastafari are an iconic image of ganga appreciation, with dedication they have nurtured a profound relationship with the herb. Their insights into the use of cannabis also tell us much about how to consume and how to heal.

At the anthropology department of the University of Kent glass cabinets exhibit skeletons and skulls, but further down the corridor one door displays a lion of Judah flag. This is the office of Dr Anna Waldstein, a medical anthropologist who studies Rastafari and their use of herbs, roots, and foods. I first encountered Anna at Breaking Convention, an international, three-day, psychoactive drug conference, which she co-founded. Alongside a Rastafari, called Ras Binghi Congo-Nyah, she presented a paper on how cannabis can be used to alter consciousness and have an inner experience, referred to as insperience.

Anna is interested in how people understand states of ill-health and self-medicate with herbs. Her bookcase has an array of titles about disease, ethnobotany, drugs and the law. Anna sets me straight from the beginning. ‘I do not study medical marijuana’ she said ‘ I study marijuana from a perspective of medical anthropology’. In other words, how herbs are used within different social settings; an examination of the biological, social and political relations that plants have with humans.

Her investigations are based on Rastafari in the UK. The research is conducted in Brixton, London and at Haile Selassie’s home in exile, Fairfield House in Bath, which is now a centre of Rastafari celebration. Currently, Anna is interested in root drinks that come from the smilax plant like Sarsaparilla and Chaney Root. She talks about how bitter roots purge the blood of pollution and impurities while the tonic drinks, which are also considered  aphrodisiacs, strengthen. Medicine is part of everyday consumption for Rastafari. Medicines that come as pills bought from chemists is one form of medicine, but in cultures throughout the world medicine is also part of lifestyles, religion and diet.

The UK Rastafari also talk to Anna about bush tea, a healing cannabis drink, that is used extensively in Jamaica but, because of the costs, is rarer in the UK. Bush tea and the tonic drinks were in the Caribbean before Rastafari but the religion’s focus on maintaining vitality (Ital) meant that these medicinal plants became readily adopted into the developing culture and their spiritual ‘way of life’ that they refer to as ‘liberty’. Although some Rastafari might eat fish or chicken, many are vegetarian or vegan with a strong bond to plants, only eating what is vital to bodily function.

But consumption of food, like other decisions, is part of a global economic system built from a history of oppression. Anna explained that the Rastafari idea of liberty is an ecological and black power movement.  ‘Right here is the real Babylon. Babylon is like consumer capitalism, the system that came out of the racially formed, transatlantic slave trade that continues today in similar forms. That form of capitalism is behind ecological destruction and continuing inequalities. That is why songs express resistance, for instance, the phrase “Burn Babylon”. The descendants of that slave trade want justice. For some, decriminalising cannabis would be a major step towards making reparations.’ Being in the world is a political struggle against the oppression of racialized power guided through spiritual inner development.

The diet and consumption of natural medicines is, according to Anna, part of an anti-capitalist, anti-industrialist ethic. Some are able to adhere to this natural path more than others but, with differing capacities, this is the way of life that they are trying to achieve. Cannabis fits into these ecological and political dimensions. All parts draw together as a spiritual practice that provides the Rastafari practitioner insight, or insperience;  a way of self-reflection in the world, sometimes mediated with cannabis.

To understand this viewpoint more, we need to reconsider what it is to be human. In the West we often imagine ourselves as a separation of mind and body (a ‘Cartesian duality’ named after French philosopher Rene Descartes who famously declared ‘I think therefore I am’). It is a limiting way to experience ourselves that is reinforced in educational institutions that train us for little more than exams and sport. For Rastafari, the body is beyond physical, there is a spiritual body too. ‘With that broad sense, you could argue that every time you smoke you are healing. It’s referred to as the healing of the nation, so it’s not healing a specific physical symptom, it’s healing an emotional or spiritual issue. Or you smoke it and meditate, and through the course of meditation find insight into health issues that you are having. It’s holistic.’

Anna sees strong parallels with religious and psychedelic encounters, while conceding that Rastafari might not necessarily explain their use in these terms. She talks about Alan Watts, a spiritual philosopher, and his comparison of the psychedelic experience to the religious experience where the user understands the connection of the self to the rest of creation. ‘This is the state of what Rastafari call ‘I and I’ consciousness. A connective experience’.

There are many cannabis users who are aware of the spiritual connection but often interpret their experience differently. ‘They might talk about having a smoke and going out into nature on a hike and how they feel better because they feel more connected. That is a spiritual thing even though they might not use that term to describe it.”

Smoking a chalice (a bong made with mostly natural materials) is a spiritually balanced practice. The four elements that grew the plant are represented: water in the pipe, earth in the herb, air in the breath, the sun in the fire. Using this type of pipe has a long tradition. Pipe fragments found in Labilela Cave, Ethopia date back 700 years. They contained trace elements of cannabis and look much like the Rasta chalice. Researchers believe that pipes found in Zambia dating back 1,000 years also could contain cannabis. Traces of cannabis are found in other archaeological sites dating back much further in time. More controversially, in addition to cannabis pollen found in the mummy of Ramsés II (almost 3,000 years ago), some believe that cannabis resin has been detected in the body tissues of several ancient mummies.

It is hard to know exactly what cannabis meant to communities in distant history but its medical use probably fitted into a different system of medicine that encompassed ritual spiritual practices in everyday communal life. A view of sickness greater than our own preoccupation with individual bodies containing symptoms that require remedies or relievers to be ingested. Consumption would have aligned to different ways of seeing and being in the world.  A life profoundly integrated into a reciprocal relationship with the natural environment and experiences of divinity.

Before I left Anna to her books and set off back past the skeletons and skulls, I asked her about her own journey. For anthropologists their journey is key to what they have come to understand about others. Rather than offer a comprehensive understanding about the people they study, today’s anthropologists talk instead about the encounter between their own world view and the one they study. As such it is a way of learning about ourselves from others that transforms what we hold to be true.   Researching Rastafari had changed Anna’s own view of cannabis and her experience of life.

“When I started out, before I looked at cannabis as a researcher, I was doing so-called recreational use – people in my family used it and so did I. Then I got interested in medical marijuana, and I started to think there wasn’t much difference between medical and recreational. Once I encountered Rastafari, I came to realise that the reason that there is no difference between recreational and medical is because ultimately it is a spiritual practice. When people only use cannabis on a rare occasion they might not appreciate it as a spiritual practice, but for anyone who reaches a level of familiarity with the herb (whether or not they use the word ‘spiritual’) it is a spiritual practice”.

‘And that’s why it’s healing. And that’s why its enjoyable. It’s not religion, some solemn, sombre thing, where you must not sin and you must behave. No! It’s spiritual, it’s life, it’s the beauty of life that we are all connected on this planet. So it’s fun. That’s why there is no difference between recreational, medical and spiritual, that’s why it is all the same”

There is more to healing than the symptoms and diagnoses of medics. There is more to cannabis than just an add-on feature to an otherwise disconnected way of life. This world is too eager to categorises Rastafari. At best they become popular symbols of cannabis cool or, far more worryingly, they represent a strange blackness to be mocked or hated. Yet we can learn so much from them, especially in the move towards a greater cultural acceptance of cannabis. In a time when cannabis is becoming a resource to exploit in order to build wealth and power, Rastafari reminds us that political resistance to oppression is a spiritual journey inter-connected with people and nature. Used well, cannabis can be a vessel towards mutual understanding and building positive change for community against oppression. And right now, we need some of that stuff.